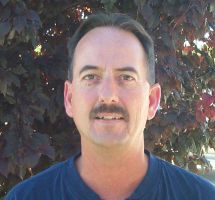 When people begin to question Mormonism and consider biblical Christianity, the subject of the Triune God comes up. John 17:3 is part of Jesus’ prayer to the Father for His disciples before Jesus went to the Cross.  He said; “And this is life eternal, that they might know thee the only true God, and Jesus Christ, whom thou hast sent.”  Since eternal life comes only by faith in the true God and true Jesus, I have put together a teaching on our Triune God that I often use to help Ex-Mormons understand this difficult subject.

Where Does The Word Trinity Appear in The Bible?

The word Trinity does not appear in the text of the Bible!

Where then do we get the word Trinity from?

The word Trinity is derived through scripture in the Bible that describes one Triune God.

What is a simple explanation of the Trinity?

The Trinity Is Not Modalism – Nor 3 Gods

MODALISM: Is the denial of the Trinity through the affirmation that God exists as one eternal person who takes on three different modes or roles as He manifests Himself as either the Father or the Son or the Holy Spirit.

Does the Bible teach there is more than 1 God? No!

1 Corinthians 8:4: “Therefore, as to the eating of food offered to idols, we know that an idol has no real existence, and that there is no God but one.”

1:3: All things were made through him, and without him was not any thing made that was made.

1:14: And the Word became flesh and dwelt among us, and we have seen his glory, glory as of the only Son from the Father, full of grace and truth.

1) See how the Word is distinct in Himself with God.

4) What is  “in the beginning” referencing too?

6) The Hebrew word for God in Genesis chapter 1 is “Elohim” meaning the plural supreme God.

He was in the beginning with God.

1) The Word was in the beginning with God before creation began. (Why is this important to know?)

2) Some imply that since Jesus is called the Son of God, that God also created Jesus.

3) Simple explanation, to be at a sports event before the games starts, you would need to be there in the beginning before it began.

4) Therefore when creation began Jesus was already there with God eliminating the idea that Jesus was created.

All things were made through him, and without him was not any thing made that was made.

1) Jesus created everything that was made.

2) Jesus is the Creator in Genesis chapter 1.

3) Jesus is our creator not a creation.

5) Hebrews 1:2-3: “But in these last days he has spoken to us by his Son, whom he appointed the heir of all things, through whom also he created the world. He is the radiance of the glory of God and the exact imprint of his nature, and he upholds the universe by the word of his power….”

And the Word became flesh and dwelt among us, and we have seen his glory, glory as of the only Son from the Father, full of grace and truth.

The Apostle John also declares that “they” witnessed the glory of Jesus.

Philippians 2:6-8: “Who, though he was in the form of God, did not count equality with God a thing to be grasped, but emptied himself, by taking the form of a servant, being born in the likeness of men. And being found in human form, he humbled himself by becoming obedient to the point of death, even death on a cross.”

Matthew 1:23: “Behold, the virgin shall conceive and bear a son, and they shall call his name Immanuel.” (Which means God with us).

1) Verse 26, Then God said, “Let us make man in our image, after our likeness…” (plural statement)

2) Verse 27, So God created man in his own image, in the image of God he created him; male and female he created them. (Singular statement)

3) 1 Thessalonians 5:23, “Now may the God of peace himself sanctify you completely, and may your whole spirit and soul and body be kept blameless at the coming of our Lord Jesus Christ.” (mankind is a tricotomy – body, soul and spirit)

4) Hebrews 4:12, “For the word of God is living and active, sharper than any two-edged sword, piercing to the division of soul  and of spirit, of joints and of marrow, and discerning the thoughts  and intentions of the heart.” (See Matthew 10:28)

Where does the Trinity show up in scripture

Genesis 1:1-2, “In the beginning (reference to John 1:1), “God created the heavens and the earth.  The earth was without form and void, and darkness was over the face of the deep, And the Spirit of God was hovering over the face of the waters.” (The Trinity at creation)

Matthew 3:16-17, “And when Jesus was baptized, immediately he went up from the water, and behold, the heavens were opened to him, and he saw the Spirit of God descending like a dove and coming to rest on him; and behold, a voice from heaven said, “This is my beloved Son, with whom I am well pleased.” (The Trinity at Jesus’ baptism)

Where does the Trinity show up in scripture?

Acts 5:1-4, “But a man named Ananias, with his wife Sapphira, sold a piece of property, and with his wife’s knowledge he kept back for himself some of the proceeds and brought only a part of it and laid it at the apostles’ feet. But Peter said, “Ananias, why has Satan filled your heart to lie to the Holy Spirit and to keep back for yourself part of the proceeds of the land? While it remained unsold, did it not remain your own? And after it was sold, was it not at your disposal? Why is it that you have contrived this deed in your heart? You have not lied to man but to God.”  (The Trinity was lied too)

Who does the Bible say raised Jesus from the dead?

1)  Acts 2:23-24: “This Jesus, delivered up according to the definite plan and foreknowledge of  God, you crucified and killed by the hands of lawless men. God raised him up, loosing the pangs of death, because it was not possible for him to be held by it.”

Who does the Bible say dwells in us?

2 Timothy 1:13-14: “Follow the pattern of the sound words that you have heard from me, in the faith and love that are in Christ Jesus. By the Holy Spirit who dwells within us, guard the good deposit entrusted to you.”

Colossians 2:8-10: “See to it that no one takes you captive by philosophy and empty deceit, according to human tradition, according to the elemental spirits of the world, and not according to Christ. For in him the whole fullness of deity dwells bodily, and you have been filled in him, who is the head of all rule and authority.”

God is Triune in His attributes

God is Omnipresent – everywhere at the same time

God is Omniscient – All knowing

Psalm 147:4: “He determines the number of the stars; he gives to all of them their names.”

Matthew 6:8: “Do not be like them, for your Father knows what you need before you ask him.”

1 Peter 1:2: “According to the foreknowledge of God the Father, in the sanctification of the Spirit, for obedience to Jesus Christ and for sprinkling with his blood….”

1 John 3:20: “For whenever our heart condemns us, God is greater than our heart, and he knows everything.”

God is Omnipotent – All Powerful

2 Chronicles 20:6: “And said, O LORD, God of our fathers, are you not God in heaven? You rule over all the kingdoms of the nations, in your hand are power and might, so that none is able to withstand you.”

Jeremiah 51:15: “It is he who made the earth by his power, who established the world by his wisdom, and by his understanding stretched out the heavens.”

Hebrews 1:3: “He is the radiance of the glory of God and the exact imprint of his nature, and he upholds the universe by the word of his power.”

Hebrews 11:3: “By faith we understand that the universe was created by the word of God, so that what is seen was not made out of things that are visible.”

You can learn more about talking to Mormons on Rob’s Article Corner.