We are a Christian ministry dedicated to sharing the good news of the eternal salvation in Jesus Christ. Our area of special focus is reaching the hearts and minds of Jehovah’s Witnesses and Mormons (Latter-day Saints or LDS). Whether you’re currently involved in either one of these groups or you have friends or relatives involved, our website is for you! Learn more about us here.

SALVATION – Do You Know What is Required to Have Eternal Life? 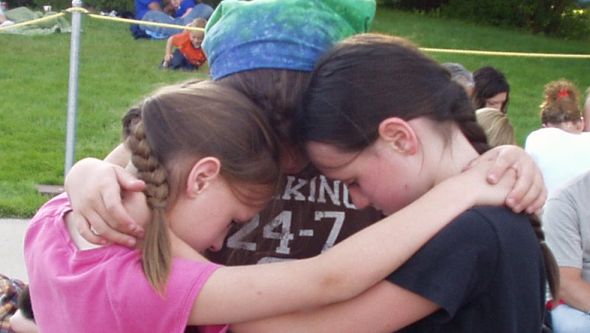 How Many More Meetings Until You’re Righteous?

For when we were living according to the flesh, the sinful passions that were awakened by the Law were at work in our bodies to produce fruit for death. --Romans 7:5 NWT

What comes to your mind with those words “living according to the flesh?”

14  But each one is tried by being drawn out and enticed by his own desire. 15  Then the desire, when it has become fertile, gives birth to sin; in turn sin, when it has been carried out, brings forth death.

They also include a study note from Romans 6:13 on not presenting any part of the human body to sin as weapons of unrighteousness.

This is all good information for any sincere person wanting a reminder to live a godly life.

But how many reminders does it take before one can achieve a life devoid of sin?

Ding Dong the Witch is Dead!

Do you remember the FEAR you had as a child watching the Wicked Witch of the West swoop through the Land of Oz? As you grew to love the Scarecrow, Tin Man, Lion, and Dorothy, you wanted nothing more than to get that Wicked Witch out of the way!!

Ding Dong the Witch is Dead!! What an anticipated celebration for the fans of Oz.

But what if the “Wicked Witch” was really "the good guy?"
What if the people of Oz were simply fed a fear campaign
to comply with a greater evil that sought to have control over them?

If that were so, that ruling entity would have to rid the land of any whistleblowers who might expose their facade.

In order to maintain control, the all powerful Governing Body must rid their organization of any people who dare to expose them pulling the levers behind the curtain.

Wise dictators know the enlistment of their people
to wholeheartedly support their decisions requires indoctrination.

That is why in the Watchtower, indoctrination is not just about working toward paradise but also learning who to hate and avoid on the journey there. After all, those who eventually leave the Watchtower may go on to expose the child abuse, false doctrines, and shunning practices within it. In preparation, the leadership has made every effort to create in the minds of their members, a hatred and fear of those who apostatize from it.

Misguided by Mormonism but Redeemed by God's Grace

Have you ever considered sharing your Biblical Christian faith with a Mormon friend, coworker or neighbor?

Within the past few years, the basic relationship between the Mormon and the Christian, has changed forever. For the first time in the history of the Mormon Church, authentic and realistic Mormon doctrine and history are now available to you through the Mormon Church's official website.

We speak from personal experience, and we desire to help guide you in bringing the Mormon people to an accurate knowledge of Mormon doctrine and their Church's history of deception so that they can come to know Jesus Christ in simplicity and truth as He is taught in the Bible.   Learn how to use the Mormon Church's official website and scriptures to present the differences between Mormonism and Biblical Christianity to your Mormon (LDS) loved-ones.

What is a Cult?

WHAT IS A CULT? - Key Facts You Should Know About Cults and Mind Control

- A concise definition of a "cult," Dr Robert Lifton's 8 Criteria of Cultic Mind Control with Questions you can ask to test a group for cultic tendencies

SALVATION - What is required to have eternal life?

SALVATION - What is required to have eternal life?

Why live any longer in the uncertainty of whether you will be acceptable to God when you die? The Gospel (Good News) message of Jesus Christ is simple because God LOVES you and He has provided to way for you to spend eternity with Him! But before you can be clean to enter into God's holy presence, you must have your sins (impure attitudes, actions and thoughts) dealt with. If you want to be "saved" from the penalty of your sins (unrighteous deeds) so that you can live forever with God, follow these five steps to REPENT of your sins and receive the FORGIVENESS that Christ offers when you make Him the Lord of your life.  Remember that your prayer of repentance is only the beginning of a NEW LIFE where you die to your sinful desires and rise in the life-transforming power of His Holy Spirit.

Hi I’m Rob.  I was raised Mormon and in this picture I’m standing with my buddy Doug who was raised Jehovah’s Witnesses. Both of us grew up in religions that teach a different Jesus from the One the Bible proclaims. When we learned the truth about WHO Jesus Christ is and WHAT He is done to save us, we left religion to embrace a personal relationship with Christ, trusting in His works alone for salvation.  The biblical gospel of Christ is simple. All you need to do is place your faith in Jesus Christ as God and Lord of your life, accept His atoning death for sin and open  your heart to receive the gift of His Holy Spirit who bring regeneration in your life and makes you born again.

Hi I’m Trish. I was a Jehovah’s Witness for 42 years. I was lost and I was hungry and I didn’t know what for… until I found out who Christ really is. In all those years going door to door with my Bible, no one ever shared Christ with me. I don’t think they knew how. I don’t think they knew they could or that they needed to. I’m just so grateful someone finally did.