“Even though Christmas is not the real anniversary of our Lord’s birth, but more properly the annunciation day or the date of his human begetting (Luke 1:28), nevertheless, since the celebration of our Lord’s birth is not a matter of divine appointment or injunction, but merely a tribute of respect to him, it is not necessary for us to quibble particularly about the date. We may as well join with the civilized world in celebrating the grand event on the day which the majority celebrate – “Christmas day.”” Zion’s Watch Tower 1904 Dec 1 p.364

“… The Golden Age of December 14, 1927, noted that Christmas is a pagan celebration, focuses on pleasures, and involves idol worship. The article made it clear that the celebration was not ordered by Christ and concluded with this pointed statement about Christmas: “The fact that the world, the flesh, and the Devil are in favor of its perpetuation and observance . . . is a final and conclusive argument against its celebration by those who are dedicated wholly to the service of Jehovah.” Not surprisingly, the Bethel family did not celebrate Christmas that December—or ever again!” God’s Kingdom Rules! (2014) p.102

When I walked out of the Kingdom Hall in the fall of 2003, I had no interest in celebrating the holidays. A year later as I settled into my label of “apostate” given at my hearing on December 2, 2004, there was no rush into any holiday hoopla to celebrate my new freedom from the Watchtower. December 2005 also passed by as usual with no lights or holiday cards. Yet through it all, the season of winter never changed. The snow still fell and the days were short. 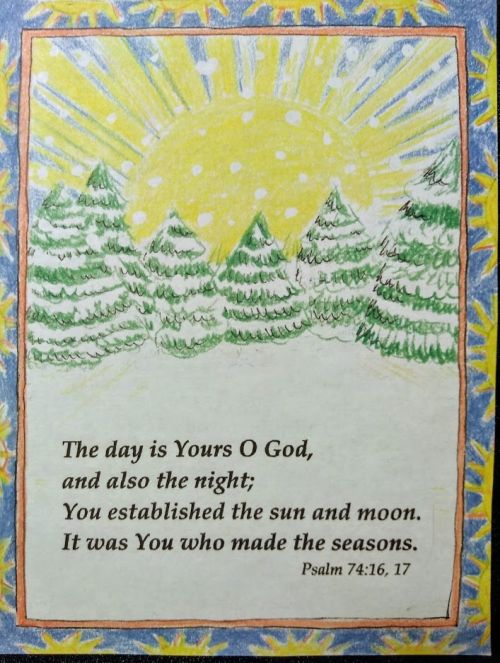 The decision to stop celebrating Christmas was made in 1996 when I studied with Jehovah’s Witnesses out of their publication “Knowledge That Leads to Everlasting Life.” A question at the bottom of page 126 asked “Why do true Christians not celebrate Christmas?” and paragraph 16 informed me that “December 25 was set aside by the Romans as the birthday of their sun god. Centuries after Jesus was on earth, apostate Christians adopted this date for the celebration of Christ’s birth. Consequently, true Christians do not celebrate Christmas or any other holiday based on false religious beliefs.”

I sincerely wanted to be a “true Christian” and so there was no tree set up in the McAllen household in 1996 and the years to follow. A decade later, I was still believing in Jehovah and agreeing there was no date of December 25 declaring Jesus’ birth in the Bible, yet there I was kicked out of my religion as an apostate for not accepting THEM as the sole channel of truth through which Jehovah God spoke. My challenge would become to answer the question ‘what is truth?’ And as Christmas rolled around again in 2006,  the facts my religion had given me were that ancient people had been recognizing the winter solstice before it turned into the celebration of Jesus’ birth. It occured to me that there was no religious hocus pocus attached to that. It was just a fact of nature acknowledging the return of the sun around Dec. 21. Living in the northern hemisphere, I appreciated that the days would be getting brighter and reasoned that was an occasion worth noting. Why the world wanted to lie about someone’s birthday in order to give each other gifts was beyond me, but I was in favor of some much needed encouragement in this cold and dark season, so a few extra lights and sending greetings with a message of hope seemed appropriate. So even though I had no Christmas tree up that year, I was eager to send out some greeting cards. But what kind of cards were available? ‘Santa Claus is coming to town’ wouldn’t do, but neither would the message of  ‘Away in the manger’ with 3 wise men kneeling beside the new born babe. I knew better than that. The winter solstice was the only REALITY I could deal with at that time. It was just a FACT of the season devoid of any stories open to debate. And in my weakened state, I just couldn’t handle any more debates. So I made the decision to create my own “Happy Solstice” cards. However, I did not want anyone to think I was some apostate JW who had now embraced paganism, so my homespun card featured a Bible verse acknowledging the God in whom I still believed. It was my way of saying I wasn’t exactly celebrating December 25th as the birth of Jesus, but I still considered myself a believer. I drew a simple scene of snow covered pines with a big, bright sun shining behind them. The cover of the card quoted Psalm 74:16, 17

“The day is yours O God, and also the night; You established the sun and moon. It was you who made the seasons” (Psalm 74:16, 17) and the inside offered a message of hope…“the winter solstice is a new beginning. It’s a time of hope that darkness will give way to light and that the world will be a better place in the year to come! May the season of the winter solstice find you blessed and full of thanksgiving!” I was at peace sending out those cards.

And wouldn’t you know it, the following year in 2007 I WAS BLESSED AND THE WORLD HAD BECOME BRIGHTER! By the next Christmas I was praising Jesus unashamed!

The Watchtower had taught me to make an issue out of this season as something to stress over. December 25: Saturnalia?! Jesus?! Santa?! Oh no! But I don’t stress any more.

It’s 2020 and I’ve got my tree up, the house is decorated with a mixture of Santa, snowmen, and a Nativity set. O Holy Night is right alongside Rudolph the red nosed reindeer on my playlist. Through the years I’ve sent out cards with baby Jesus in the manger and Santa Claus as well. My former self would be horrified! But I am a new creation now (2 Corinthians 5:17; Galatians 6:15)! And like Jesus, I’ve shared holiday meals with a variety of ‘tax collectors and sinners’ (Matthew 9:11-13). The only ones I haven’t celebrated with are those still controlled by the Watchtower because they’re required to shun me. After all, they’re right. I am celebrating something for which I have no exact date given in the Scriptures. True, but I have something better. I have a testimony: The Word became flesh (John 1:14). And that truth I celebrate on December 25 and every day because He set me free!

So Happy Solstice, and Thank You Jesus!

Keep yourself in God’s Love,
Julie

As a convert to Jehovah’s Witnesses, Julie believed she had found “the Truth,” but when she was “disfellowshipped” for “apostasy” when she questioned the organization's policies and refused to trust the organization over Jesus as her ONLY mediator, Julie left to find true freedom serving the REAL Jehovah God in joy and truth! Call Julie at 719-355-7164 ext 113